It was brought to Aurora´s attention some years ago that Akureyri Hospital, the largest hospital outside of the capital Reykjavik in Iceland, were upgrading its hospital beds, and had some beds it wanted to give to charity. At the time Aurora had increased its focus on Sierra Leone, where hospitals are way too few and proper hospital beds not widely seen. Hence, Akureyri Hospital donated 20 beds to Aurora and Aurora got SAMSKIP, the shipping line, to transport them to Freetown Sierra Leone. This was in 2017. Those beds were greatly received in three different hospitals in Sierra Leone. 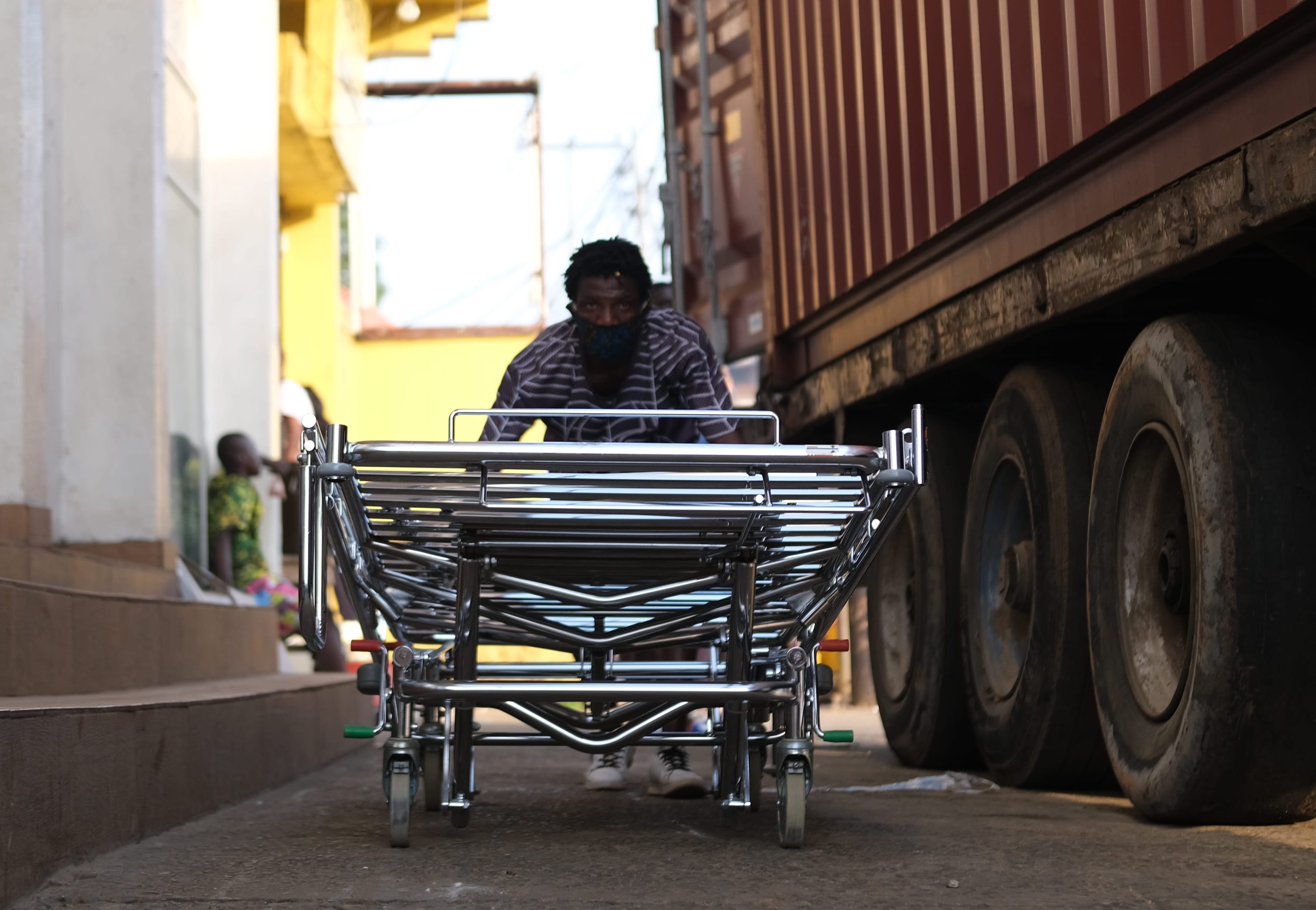 In late 2019, the hospital contacted Aurora again, this time willing to donate further 40 beds. Again Aurora teamed up with SAMSKIP to ship the beds over to Sierra Leone. But COVID interrupted the transport and only about a year later, February 2021 the beds finally made it to their final destination, Sierra Leone. This time four different hospitals received the beds, which were very much appreciated.

We want to thank Akureyri Hospital and SAMSKIP for this co-operation.